What is the future of libraries? The debate is raging on what information management will look like in the 21st century and how relevant and useful public buildings such as libraries really are. I was excited to travel to Kiev to discuss the issue with some libraries from Ukraine and Romania. 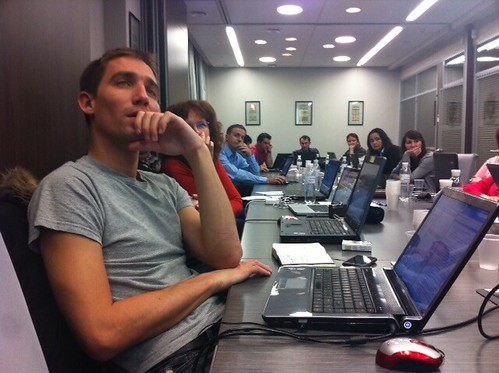 As a trainer, my goal was to unpack this conversation, understand local perspectives on it and get everyone registered for the different free and open source tools that have the most relevance. To aggregate the information, we used the tag #ukrainetech and pinned the central point of the conversation to ukrainetech.wordpress.com. Through interactive exercises trainees would come away with tangible experience and an open online conversation about library tech upon which to build in the future through social media.

The trainings were initiated by the IREX Global Libraries Program, a great project using libraries as catalysts for best serving communities’ changing needs. We started with a series of discussions around what types of technologies are currently being used in Ukraine and Romania, as it is important to identify the difference between the perceptions and realities on the ground. For example, its often interpreted in the USA that MySpace is a "dead" social network while in fact it has millions of users that are from marginalized communities. With social network analysis we found that Romania has approximately 2,045,700 users on Facebook out of a country of 22,000,000 (about 9%) while Ukraine has only 800,000 users out of a population of about 46,000,000 (about 2%). We were even able to drill down into the demographics of those users to map out methods of future outreach.

Mapping the physical infrastructure of the libraries and their connections is important in addition to the virtual. Location-based information is becoming increasingly important online, and certainly for libraries that want to emphasize where they are located in their communities. Natalia Martian, Media Coordinator, presented a case study on Ushahidi for outreach for the library program in Romania, based on a training I had done with Anca Rapeanu in Iraq. I also profiled how the tool was used in the emergency during the earthquakes in Haiti, the needs, the ability to work with volunteers, and the successes.

Digital Democracy’s "Jumpstarter" was a key new tool that we’ve been using in our trainings. Due to slow download speeds in many countries, it is an easy way to distribute free tools in a secure way. Often time is wasted downloading tools or worse, computers are corrupted with hacks and viruses as information is freely exchanged. The Jumpstarters have proven to be solid alternatives, and ones that include presentations, training materials and episodes of our interactive DDTV internet television show.

The trip was especially interesting for me, being that my family came from the region. In Soviet times, libraries were thriving institutions and received much support. Often, they were even part of community centers that also included movie theaters, a stage, and the post office. Now, as so many of those institutions were part of the past, it’s harder to conceptualize what the future will hold. But it’s exciting to consider how to reorganize these systems to be the fastest, most cost effective and still social methods of organizing. I look forward to future projects on the subject.

Special thanks to friend of Digital Democracy and library future Joe Murphy for additional help on this project. Also check out these additional resources: 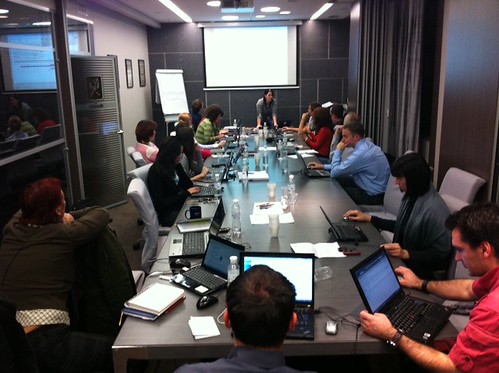