Recent news reports have been detailing attempts by Rohingya refugees to enter Thailand after fleeing Bangladesh and Burma, and the horrific treatment that has ensued. Rohingya are a Muslim ethnic group originally from Rakhine State in Burma. Considered stateless because Burma denied them citizenship, and due to increased violence against the group, Rohingya were forced to flee Burma in numbers reaching the hundreds of thousands, to neighboring countries, most frequently to the Cox’s Bazaar region of Bangladesh. In Bangladesh they are persecuted and live under deteriorating conditions as well.

In the last month, news sources have reported that large numbers of Rohingya have been attempting to enter bordering countries, specifically Indonesia, India, and Thailand. The response has not been welcoming, specifically, the Thai government have been intercepting boats of people, pulling them out to sea and leaving them to die. Those that have made it to land, are being detained along the coasts, and unable to enter the country.

The news of these atrocities comes at an interesting time, just as we’re releasing our book Project Einstein: Bangladesh. In January 2008 Co-Director’s Mark and Emily worked with a group of Rohingya youth. At the time we were the first foreigners outside of the UN to have access to these camps, and many people were largly uninformed about the Rohingya.

After seeing the conditions in which these people live, and hearing the stories from the children we worked with, we’re happy to see that finally the persecution of this group, and the many human rights abuses they face, are being brought to light. However, the circumstances that have prompted this media response is heart-breaking. Our friends at Kaladan Press have been following this issue of the boat people for some time and are happy that their work is finally getting this coverage. Please view their site for additonal information about the Rohingya. 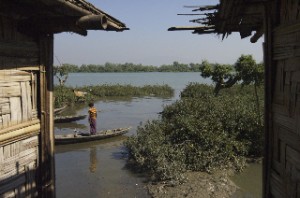