Combine thoughtful and moving documentaries from around the world and a beautiful city, rich with history and culture and you have the One World Human Rights Documentary Film Festival in Prague – the largest human rights film festival in the world, which I attended two weeks ago. Dd was invited to the festival, both as finalists in a new competitive category as well as presenters during a 6-day workshop taking place at Prague’s co-working, innovation space, the Hub Prague. It was exciting to have Dd be featured in the New Media for Social Change program, a new segment of the festival that focused on how people can use new media, technology and video for work in the areas of transparency, Democracy and human rights.

The competition’s main event, called "Media Revolutions", was held in the Archa Theatre, a beautiful space in the center of Prague, for over 200 people. It was wonderful to connect with Dd Advisory Board member Patrick Meier, who kicked off the event as the keynote speaker, and with Dd friend and former Ushahidi Haiti Coordinator Jaroslav Valuch, who coordinated the New Media for Social Change workshop and Media Revolutions event. 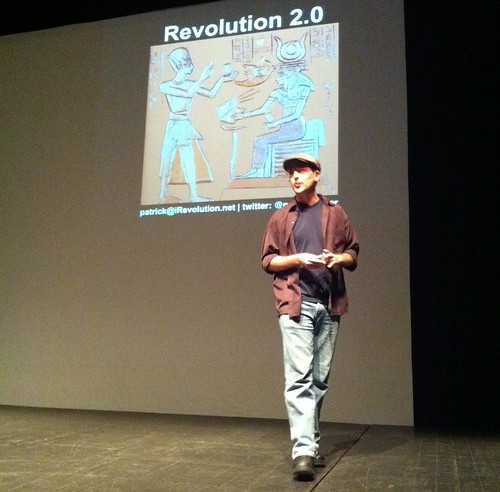 Patrick gave a fascinating presentation about the potential for change when people who are motivated to respond to a crisis or issue, have access to the right tools (with a focus on the rapid response and launch of Ushahidi Haiti in the hours following last January’s earthquake).

The competition’s finalists were chosen because they use new media and technology tools to inspire information sharing and public involvement, and we were honored for our use of tools to spread awareness of and help facilitate conversation about gender based violence against women in Haiti.

Finalists presented their projects at the event — I spoke about our work with Haitian women and the tools we use to amplify their voices and spread awareness around these issues, including our photography workshops with grassroots women’s groups, public exhibitions in Port Au Prince and online sharing of these photos via flickr. In addition, our use of open video with Digital Democracy TV (DdTv), our online TV series, which helped bring our photography trainings to life, as well as enabled viewers to hear directly from the courageous women we work with. In addition,  the interactivity through Fanm Pale, the women’s blog, which enables people to read the posts the women are writing about the issues affecting them, and add comments and questions. It was great timing to be speaking about our work in Haiti as members of our team were arriving in Port Au Prince at nearly the exact time as I was speaking at the event. 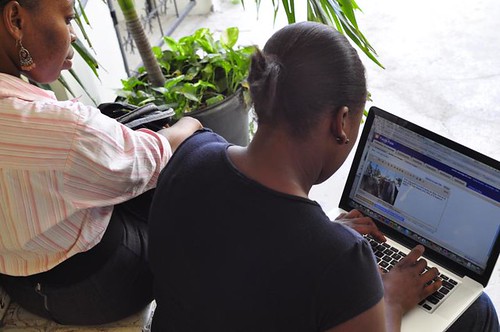 We heard about innovative projects from the other finalists, including, Crowdvoice, an open source crowd-sourcing platform developed in Bahrain, which collects information directly from citizens in places of protest around the world. The site aggregates stories around specific events, and allows users to vote stories up or down and share them across social networks. Something that immediately drew me to the site, is the very simple "Find a Voice" prompt, which is the search tool, located in the middle of the home page. While we weren’t able to hear from the founders (located in Bahrain), as the event staff were unable to contact them, we heard from Ahmed Zidan, an Egyptian Crowdvoice editor based in Cairo, speak via Skype, about the need and uses of the platform. 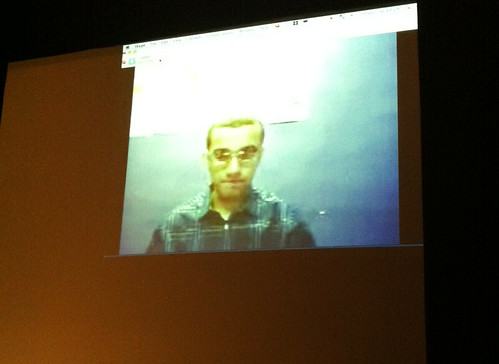 I’ve seen this method (speakers presenting through Skype) used more and more frequently at conferences and events, and I think it’s a fantastic and fascinating way of hearing from people all over the world, who might not otherwise be able to travel and present about their important and ground-breaking work.

Open Local Government 2010 created by Transparency International in Slovakia, another finalist in the competition, has evaluated how open and transparent the 100 largest municipalities in Slovakia are towards their tax payers. They began their project with trying to access the information available online and through requests to local governments. The home page of the site they created includes a map of the country, with each local government, and when you click on a particular municipality, you find categories ranging from public information policy to land use policy, each rated with a openness percentage score (based on the data collected).

The municipality has an overall score, grade, and rank. The site also allows users to do side-by-side comparisons of up to 4 local governments. I found this to be an amazingly creative use of open data, and particularly relevant to our own work advocating (and testifying) for greater openness of government data here in New York City.

We also heard the creators of Help Map speak about their project, a Russian program that uses mapping technology to link emergency reporting and community-driven disaster response. Built using the Ushahidi platform, it was launched in the summer of 2010 in response to the occurrence of extensive fires in Russia. 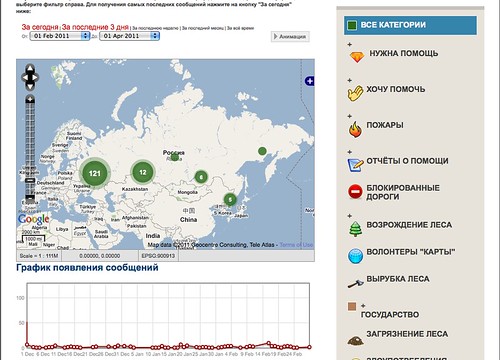 It enabled people who were offering help and assistance to citizens who needed it most, to target their efforts with the map and respond quickly. Help Map went on to win the competition – check out the great work they’re doing, we wish them the best of luck!