For the amazing work that has been done by the Ushahidi volunteers at SIPA, Tufts and elsewhere, our advisory board member Patrick Meier received an award this past weekend from Bill Clinton at the Clinton Global University Initiative. Well done Patrick!

Humble as he is, he dedicated the Clinton prize to all Ushahidi volunteers. Congrats again teams! We’ve been writing a lot recently about the successes that volunteers have had crisismapping in response to earthquakes and it’s exciting to hear Patrick to set a goal to train "100 universities in the developing world" in crisismapping. It’s a brilliant idea and a powerful way to have pre-crisis preparedness. Particularly when coupled with 21st century learning initiatives like Project Einstein, where young people on the ground can use photography and mapping to build out the critical infrastructure necessary for a crisismapping system like Ushahidi to be effective. 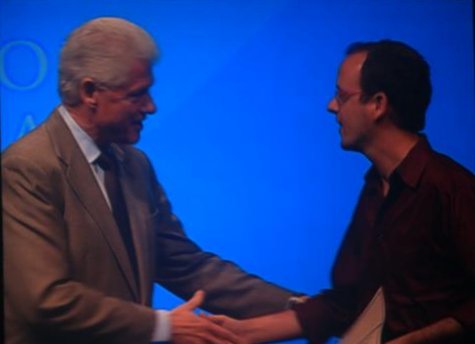